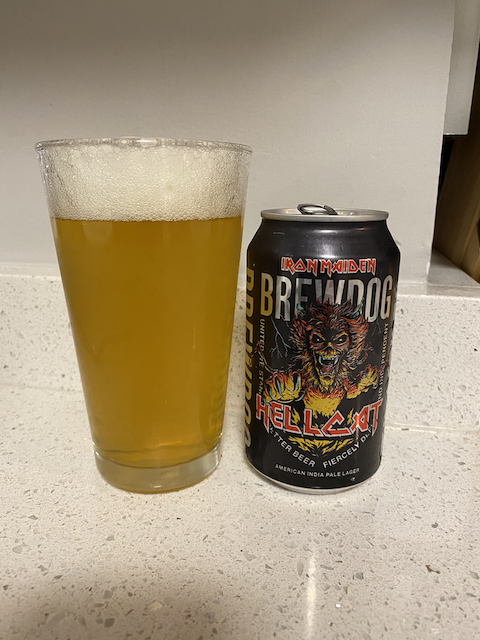 Having already tried several of Iron Maiden’s beers, I recently got my hands on Hellcat, by Brewdog brewery. This 6% IPA, unfortunately, doesn’t set itself apart, as Iron Maiden is known to do. It’s far lighter than what I would expect in an IPA – but it’s by no means anything I’d drink while banging my head to heavy metal. In fact, this beer doesn’t seem to have anything to do with Maiden’s music, unless there’s a Hellcat hidden track on one of their albums. I would’ve expected it to at least be named after one of their songs, like Stratego, or Senjutsu, whatever those things are.

I’m giving this 2 stars. Not because it’s terrible or anything, but not something I’d expect from Iron Maiden.