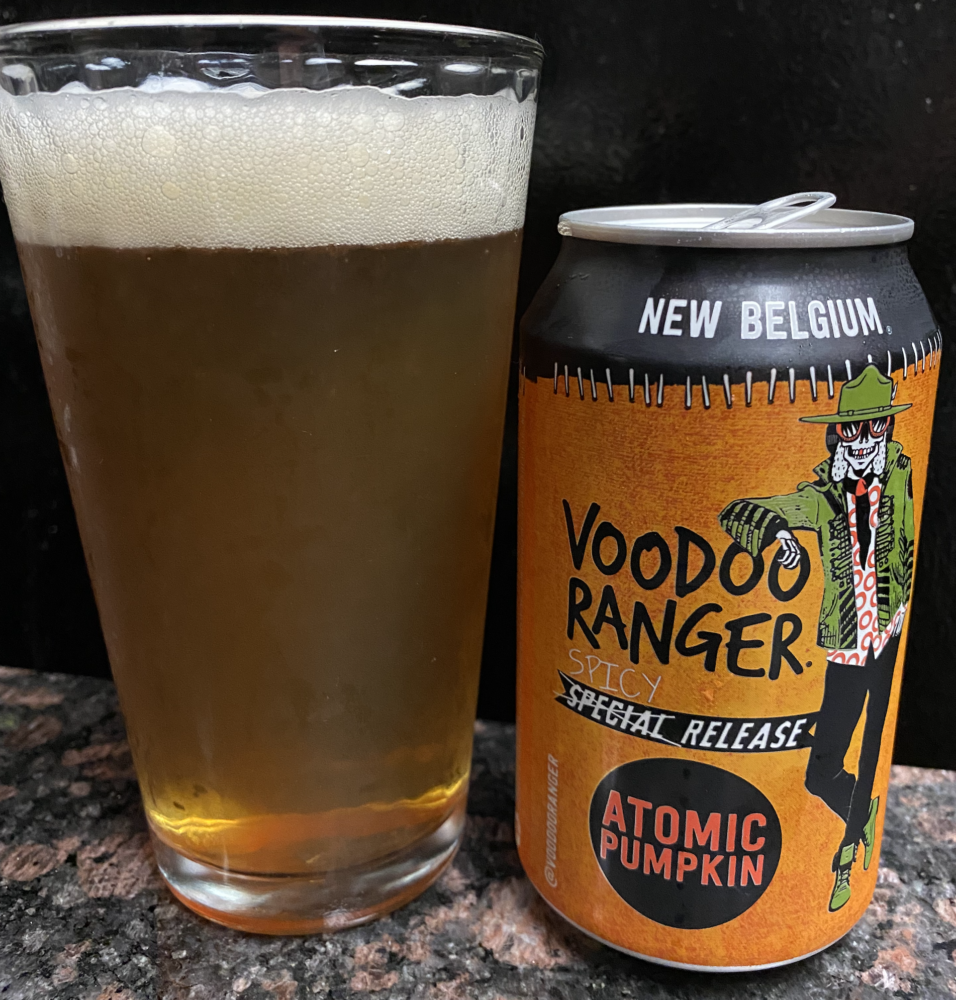 Voodoo Ranger Atomic Pumpkin isn’t the first pumpkin beer by New Belgium (See Pumpkick), but it’s the first I’ve tried in a few years and am loving it.

It has a spicy kick to it, giving it a distinct taste from any other beer and I’ll likely always remember this one. Justin doesn’t like it for the same reason I love it – the spice (then again, he drinks more pumpkin beers than I do).

I took a break from pumpkin beers for a while because there were so many of them and it was becoming like the IPA, where there are so many with too subtle differences that it became exhausting to come up with anything original to say about it.

Perhaps this will happen to me if I keep drinking pumpkin beers, but for now, I’m enjoying this Atomic Pumpkin, spice and all.