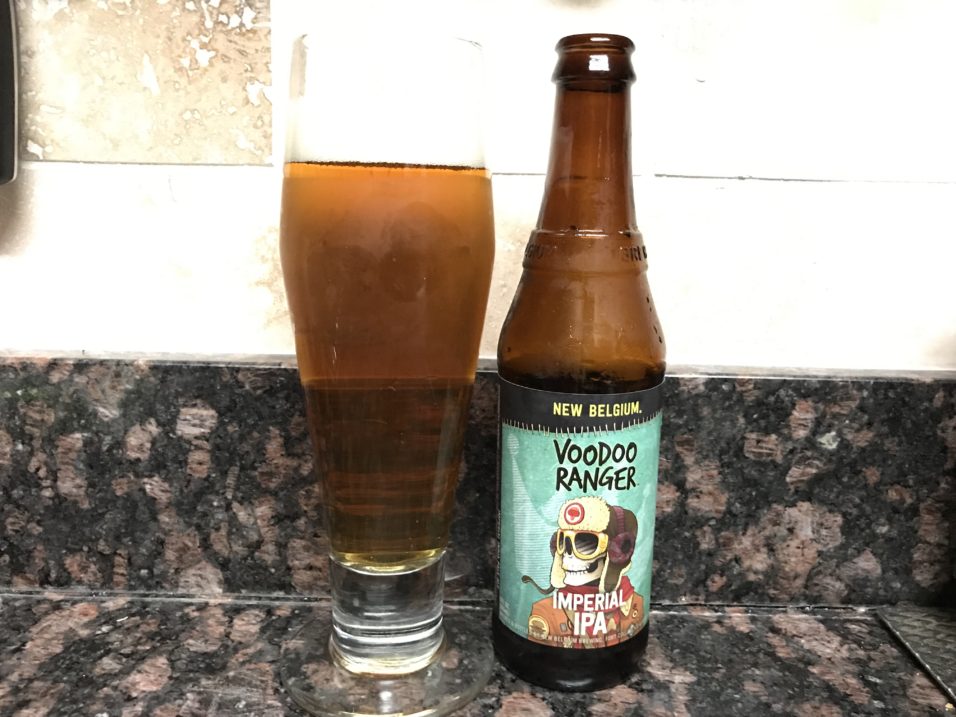 After seeing that the last few beers we reviewed were called “Strawberry French Toast” and “Dirty Secret Coconut Stout,” I figured it was time to return to beers that have cool names, like New Belgium’s Voodoo Ranger Imperial IPA which is also cool because it has a skull mascot in one of those hats with ear flaps, like a wannabe Eddie from Iron Maiden.

At 7.0% alc, a standard light golden look with a thin layer of foam, this beer is listed as having the aroma in ‘opine and citrus in the fore’ with the citrus ‘composed of orange and grapefruit.’ I didn’t taste this at first but upon reading it I detected that taste, though it’s too subtle to think… ‘YUCK! I hate IPA’s with citrus!’

If that’s the big difference, I’d say it’s not a bad one but also nothing special, especially when there are a zillion other IPA’s out there. I’ll still finish this six pack, though, then move on to something else. But hats off to New Belgium for the cool label – this isn’t a beer I’ll forget just because of that.

Oh look, they sell T-shirts too.