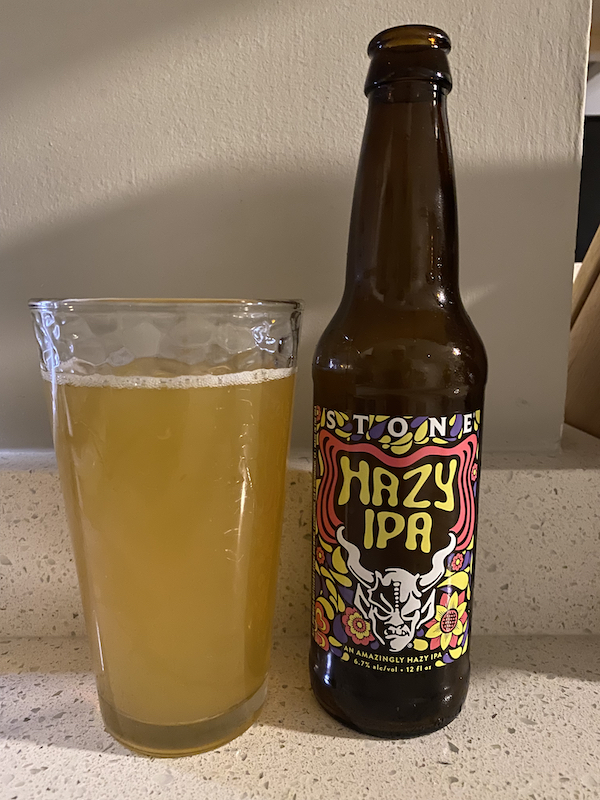 I’m not a hippy but dammit if Stone doesn’t make me feel like one for a minute. Having just tried Heavy Seas Hazy IPA, I then tasted Stone’s Hazy IPA. Now, this is my first Stone beer, so I can’t say for sure if there’s something consistent about each one, but the first thing I tasted was the juice. The juice in this doesn’t taste like one of those nasty New England IPAs, but some sort of psychedelic swig of citrus, not to mention the cloud-injection of whatever makes it ‘hazy.’

I still have a few more Stone beers to try (both Justin and I reviewed Delicious) so perhaps, like Heavy Seas, I’ll eventually fully appreciate what sets it apart, but for now, this ‘hazy’ beer beat out Heavy Seas’s ‘hazy’ beer in the taste test tonight.