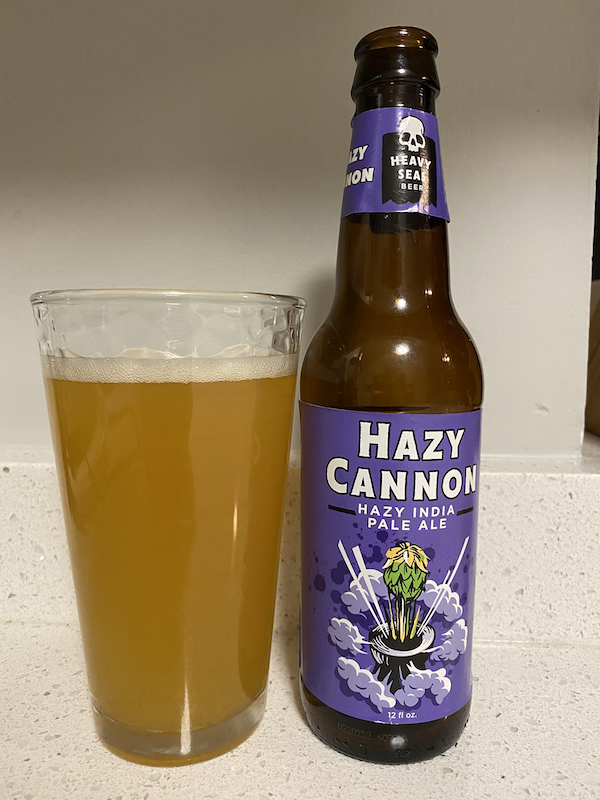 Continuing my quest to drink and rate every Heavy Seas beer – I almost missed Hazy Cannon IPA – which shouldn’t be confused with Ameri Cannon, Topi Cannon, Loose Cannon, Double Cannon (which I somehow haven’t rated despite loving it), or Powder Monkey.

The hazy IPA means that it has a cloudy appearance, so it’s clear the only real difference is that they inject a syringe of cloud into the steam-fired bottle. Beyond that, you’d have to taste, swirl and spit to fully appreciate the difference between that and a regular IPA. While Heavy Seas, particularly its Cannon IPAs, are pack-the-fridge beers, I can’t say that this hazy version stands out as anything too special. I say that as having tried a different hazy IPA right afterward (Stone’s Hazy IPA), so this beer is just Heavy Seas getting in on the Hazy craze.