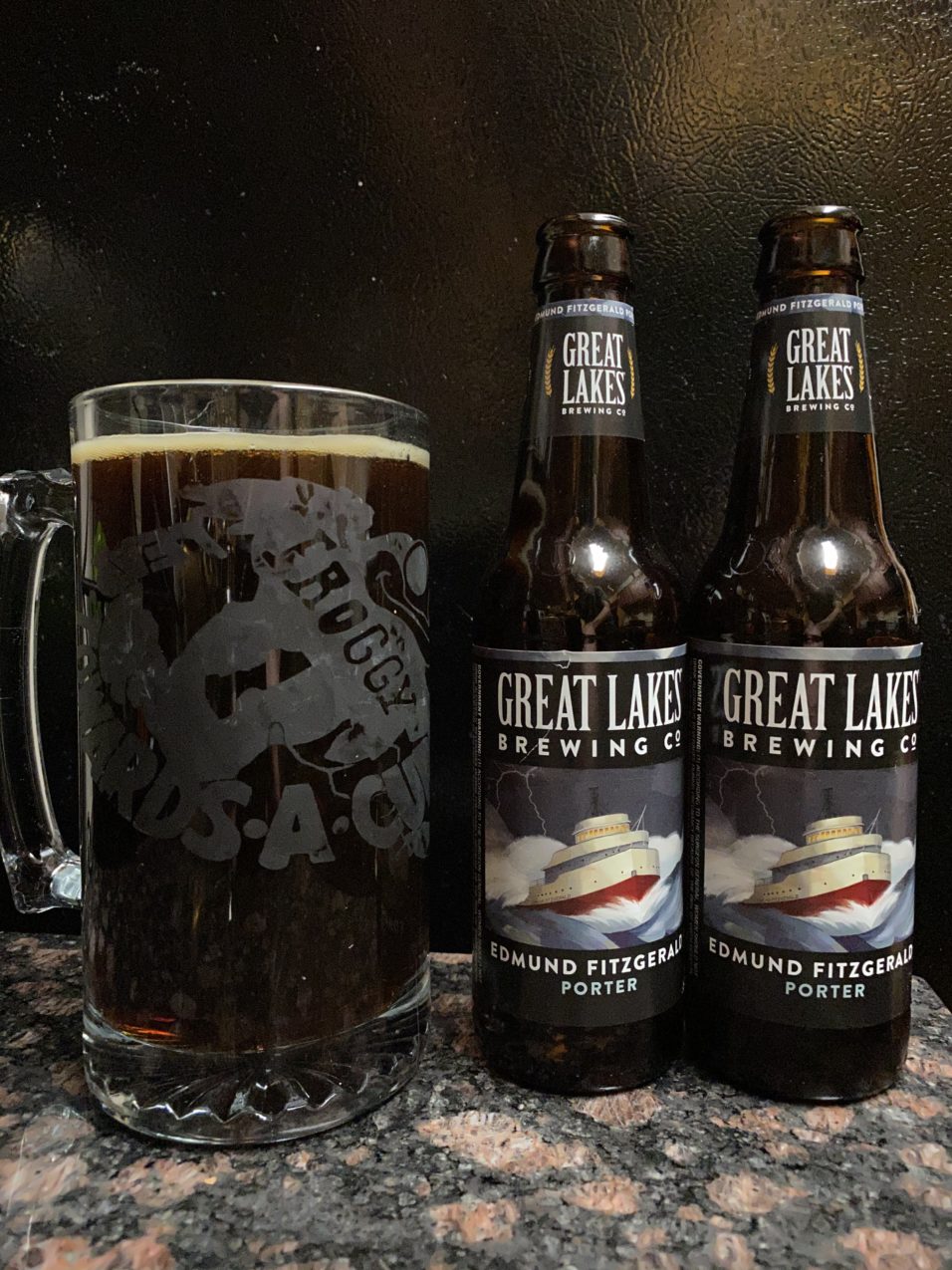 Next up in the Great Lakes multipack is the token porter, aka already the worst beer in the group and therefore the last one I’ll try. In fact, I had two left and decided just to drink them both at once to make room.

Named after the famous battleship, which is presumably named after some guy named Edmund Fitzgerald, the beer doesn’t have an overwhelmingly bitter taste, and it’s going down a lot smoother and quicker than most porters I’ve tried, but it’s still a porter. I can’t say I’ll go out of my way to try this again, and will certainly look for something else, but I can’t say this is a bad beer. I’ll give this 3 stars.