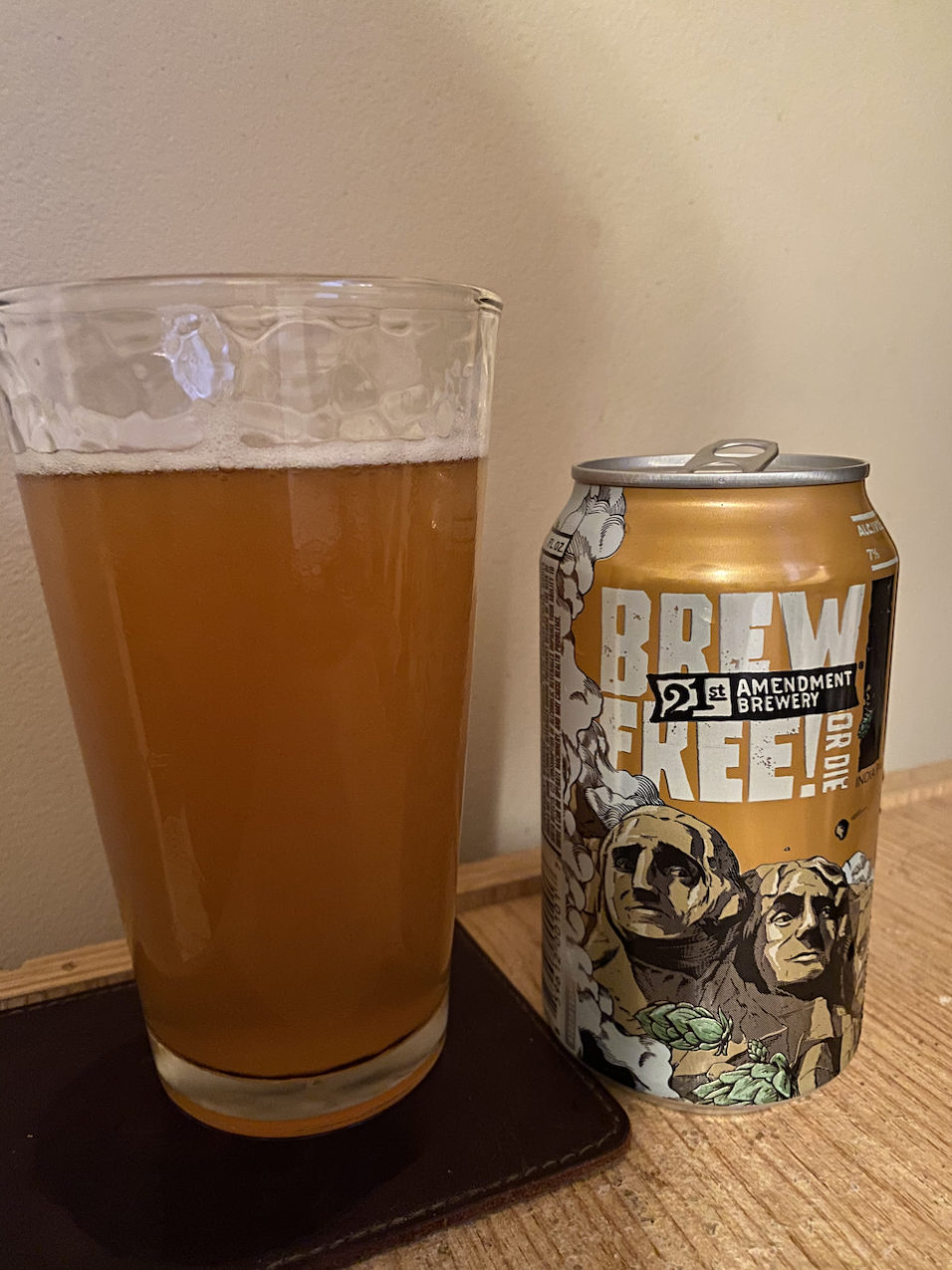 After drinking several cans of 21st Amendment’s Brew Free or Die!, I suddenly realized that I haven’t reviewed it yet, though it seems like one of those beers I would’ve reviewed long ago. After all, we’ve already reviewed several other 21st Amendment beers.

But the Brew Free or Die! IPA is one of those everyday IPAs that seems to always belong on the refrigerator shelf. This beer has the typical strong IPA taste with a squirt of fruit, not enough to make it a ‘fruity’ beer but plenty to give it a distinct taste.

Since I had already been drinking it for a while without even thinking to review it (as if it were, say, a Heineken), it’s already fooled me into believing it’s something to purchase whenever I see it, instead of for random taste tests. 4 stars.