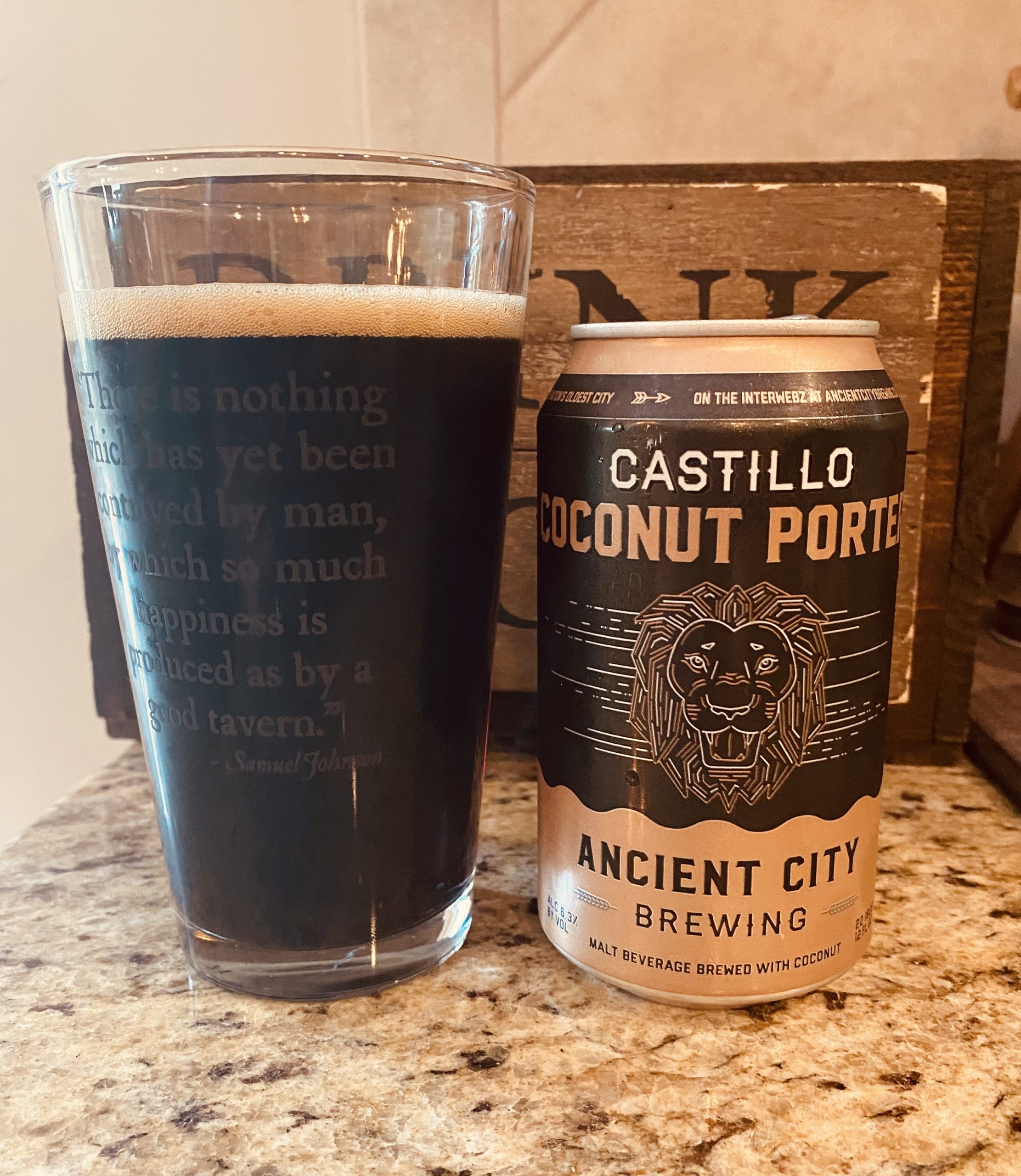 Todays offering boys and girls is from our recent vacation destination, St.Augustine, Florida. For those that don’t know St.Augustine is the oldest city in the United States and definitely one of the coolest places to relax for a weekend. If you happen to travel there stop by the Ancient City Brewing taproom and try some of their offerings. Even though it was warm I could not pass up trying this coconut porter. I am not even a huge “porter” fan but this one I grabbed a six pack to go when we left it is so damn good! So here we go for the official review.

Sight- Dark coffee, thick and heavy looking. Everything you would expect to see in a standard porter.

Smell- The coconut is what I smell over the traditional coffee scent. It still has the coffee after scent but it’s nice.

Taste- AMAZEBALLS! Wow, I love this beer. It drinks lighter than it looks, the smell of coconut is perfect, and tickles your nose as you take your first sip. There is a smooth coffee roast on the back end but it’s enjoyable. I could definitely drink more than two of these in a row and that is saying something! This beautifully delicious beer also comes with a 6.3% alc content which just adds to it’s awesomeness. One of the few beers that I give 5 out of 5 stars! And it’s a Porter! I can’t believe it, if you see it, get some and grab me a six pack too! Cheers!