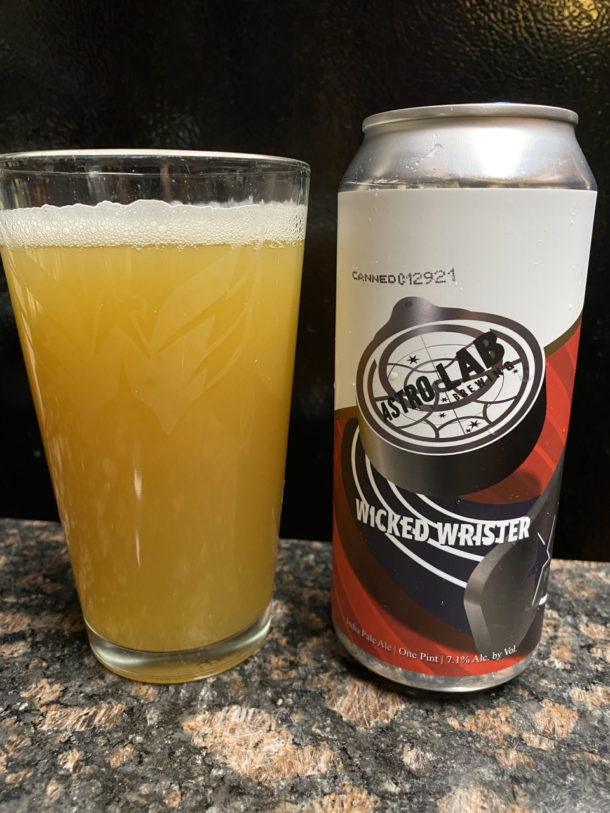 The two most important things in my life are hockey and beer. And while that’s generally all I need to survive, I’ve learned that there are a number of things in other people’s lives that require support, which makes Astro Lab Brewing’s Wicked Wrister beer all the better.

The organization started in 2018 after Laughlin’s wife, Linda, was diagnosed with uterine serous carcinoma, a form of endometrial cancer.

As for Wicked Wrister, sold in four-packs of pints at Astro Lab Brewing, in Silver Spring, Maryland, it’s a triple dry hopped IPA, the perfect recipe of my favorite type of beer. I’d even argue that the beer is misnamed. It packs the punch of a slap shot instead of a wrister, but fantastic nonetheless. Many of these four-packs are even signed by Laughlin himself.

I only bought eight of these and already want to go back and get more, but they’re selling quickly so I recommend ordering them ahead of time on their website, or following them on Twitter to find out where you can get it.

Being able to contribute to this organization, while also enjoying a beer of this quality during a Caps game, makes this one of the best fundraising ideas I’ve ever encountered.