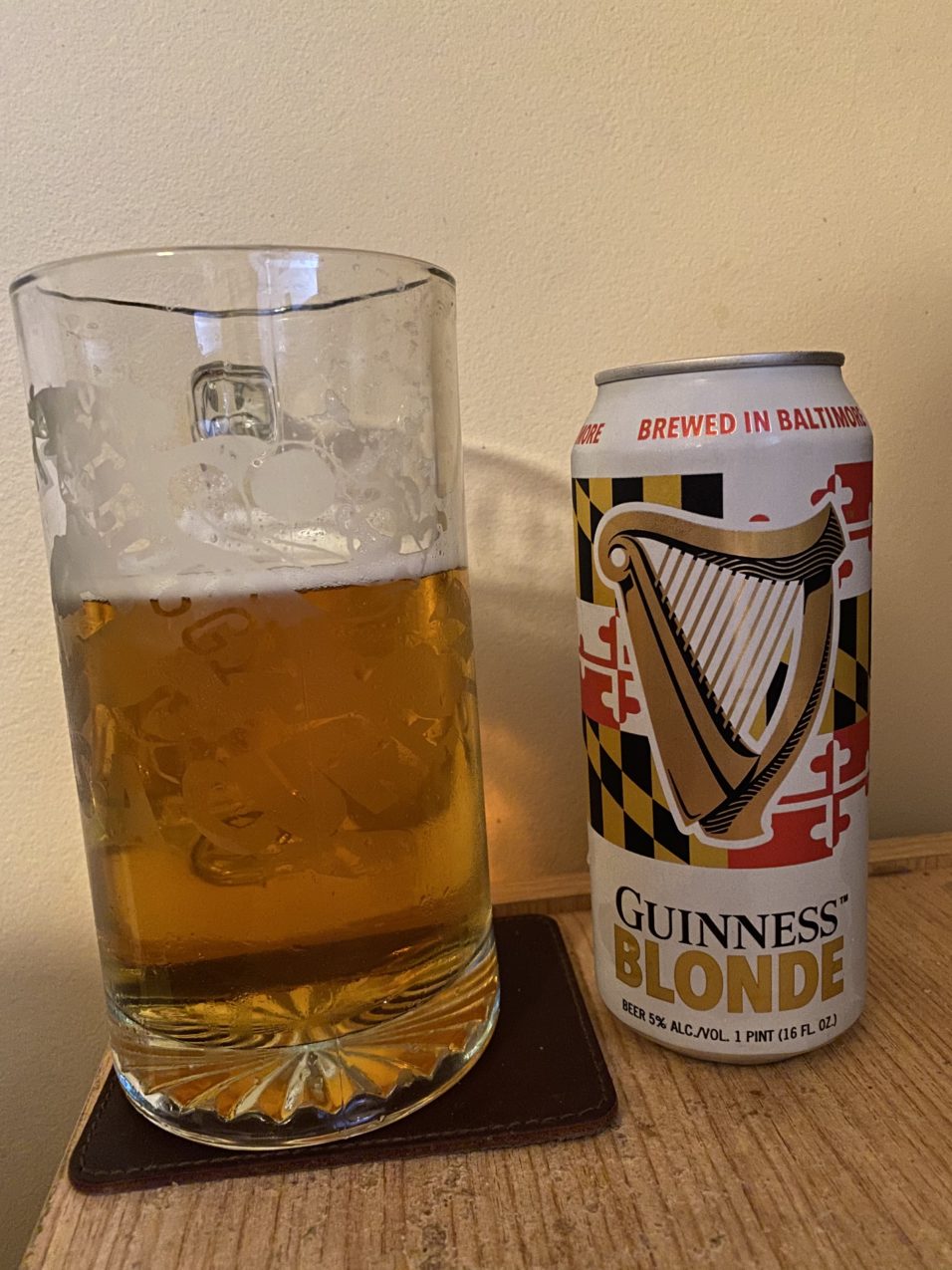 Perhaps because I live in Maryland, I was drawn to Guinness Blonde, which was brewed in Baltimore. That said, the actual beer wasn’t what I expected.

First, it doesn’t resemble anything that Guinness is known for, which is extremely dark beers with distinct heads that can’t be confused with any other beer. It’s merely a golden blonde ale.

And I can guzzle a million of these. It tastes like an everyday beer, one you grab when you don’t want to think about what you’re drinking, and isn’t a chore to finish (like a regular Guinness at the most inappropriate moment, like first thing in the morning after brushing your teeth).

While I’d hardly say there’s anything special or unique about Guinness Blonde, I’m chugging these down with ease, forgetting I’m trying a new beer, but looking to get up for another one.

I feel like I can give this 5 stars, but I’ve gotta deduct a point for originality, but also give it a point as a beer I’d grab whenever, which is rare.