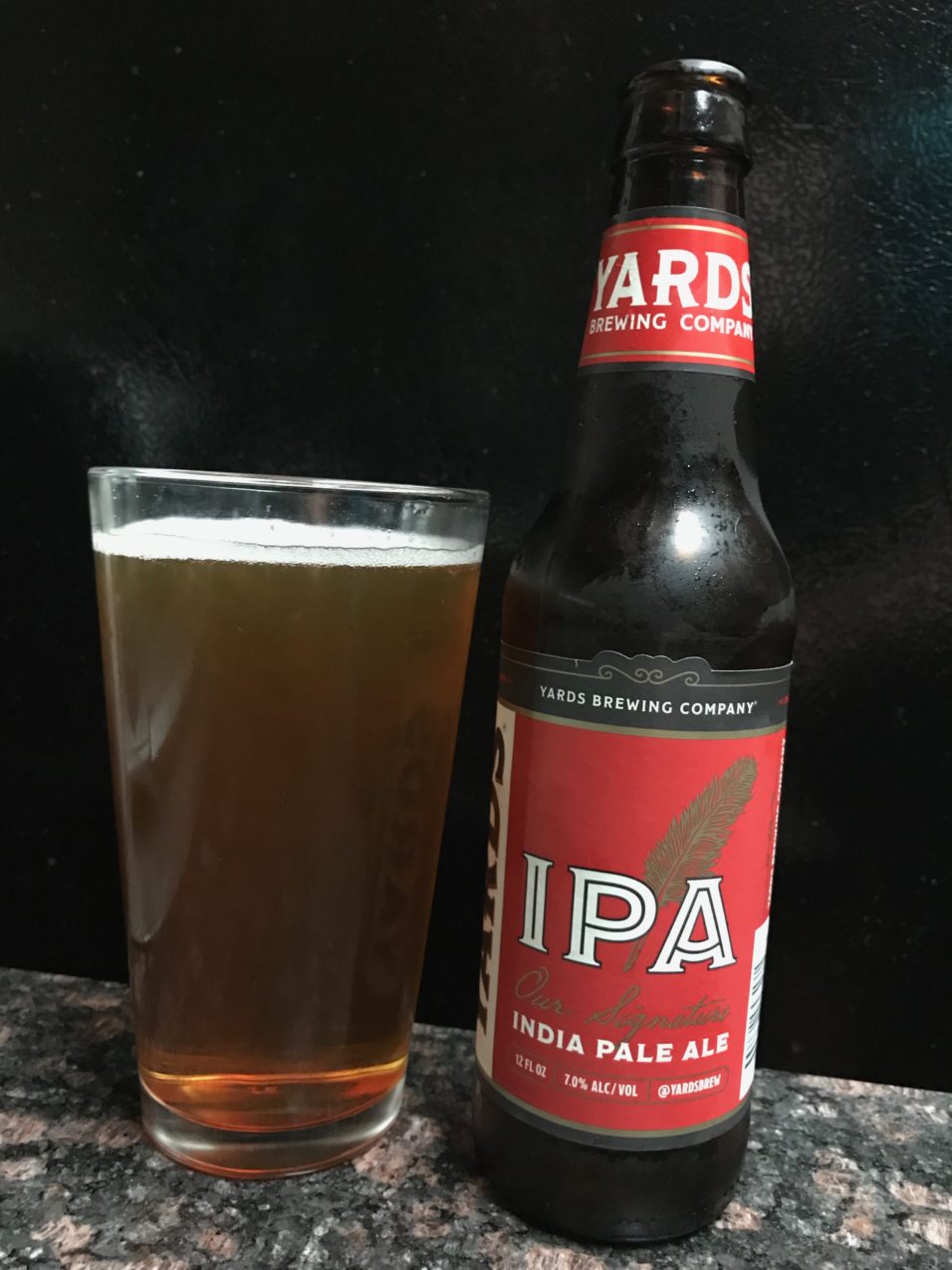 After being forced to deliver Thomas Jefferson’s Tavern Ale to my cousin in North Carolina, I decided to try another Yards Brewing Company beer because apparently, this is stuff you can only get in one place in a 30-mile vicinity of my home. So, I grabbed the IPA.

The worst reviews of IPAs come from folks who say they’re too bitter, but I’ve come to like that. However, Yards Brewing Company’s IPA is less bitter than most IPA’s I’ve had and I’ve found myself drinking them quicker than other IPAs. In other words, this is a good beer and I plan on picking up at least a six-pack of it whenever I come across Yards, which apparently is becoming more difficult where I live.

I’ll only deduct point for creativity, as Yards did good by calling their other beers after Tom Jefferson and Poor Richard.