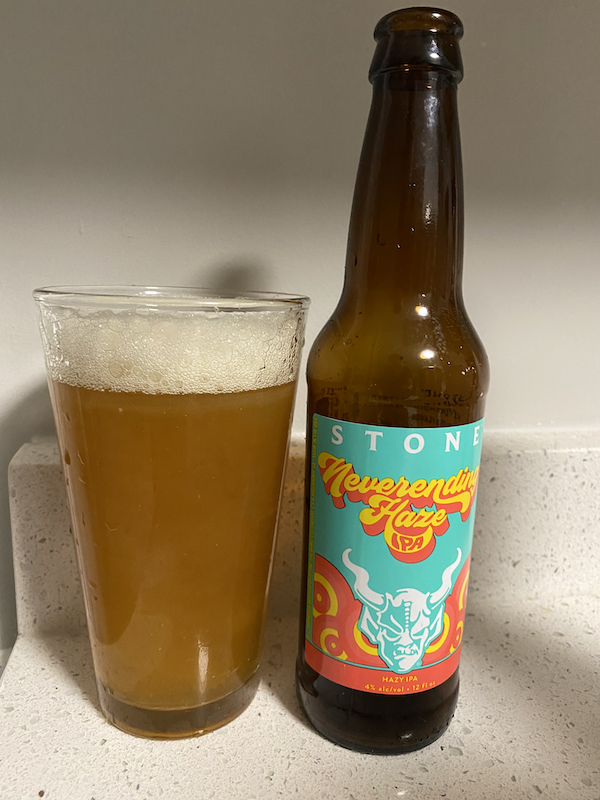 The Neverending Haze IPA is the weakest of the Stone beers I’ve tried so far, and I realized that it only has 4% alcohol content, which seems very low compared to most IPAs. Despite that, there’s no stand-out taste to this beer that sets it apart from the others. Perhaps the point was to make a beer with less alcohol to group with others, then stick it in a multi-pack where people buy it because it’s with better beers. Either way, this isn’t that great of a beer. 2 stars.