As a child, my favorite baseball team was the Baltimore Orioles, back when they were fresh off a World Series victory and had a young star named Cal Ripken, Jr. The Orioles also had another fan favorite named Eddie Murray, who hit 504 home runs and had 3255 hits in his Hall of Fame career. So when I recently noticed his likeness on a beer can, I grabbed a couple of six packs (I was also shocked to hear that this isn’t a new beer – somehow I hadn’t seen it anywhere).

Unlike his fabulous career, Steady Eddie IPA, by Union Craft, is no grand slam, but maybe a double. It’s a Spring Wheat IPA that’s hoppy, but it lacks any distinctive characteristics that set a beer apart from its contemporaries, especially in the big wide world of India Pale Ales.

That said, this isn’t a bad beer at all. It’s light, hoppy, easy to drink and has 7% alcohol. So in the end, this beer is about celebrating the career of Eddie Murray and discussing baseball with friends. There’s nothing wrong with that, but it’s not going to keep me coming back. 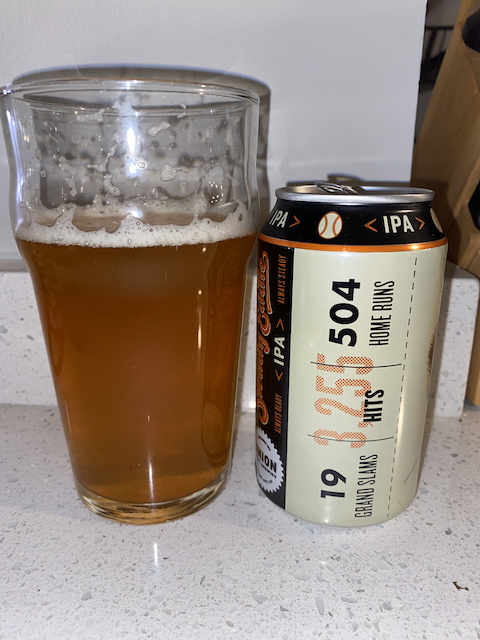