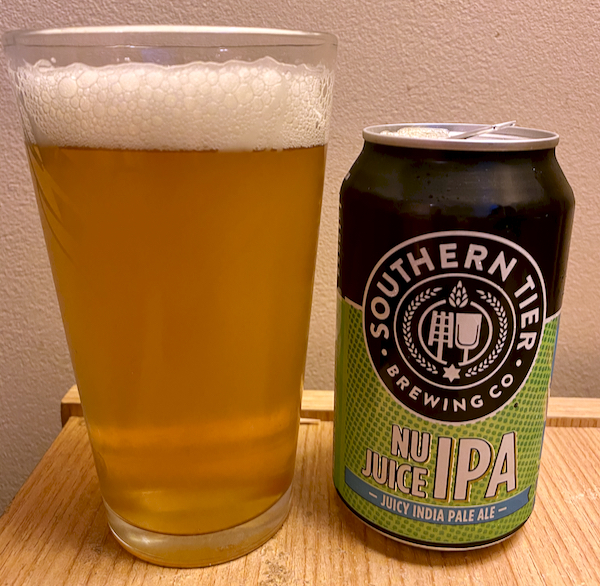 I’ll admit when I read that this beer was called ‘Nu Juice’ I dry heaved without even trying it. There’s nothing ‘juiice’ or ‘nu’ about beer and I won’t have it any other way. But I guess the beer market is big enough now that it’s trying to appeal to the health-conscious weirdo niche, so naturally, ‘nu juice’ in an IPA is what you get.

Considering the last few Southern Tier beers I’ve tried were relatively ordinary (a double IPA and an everyday beer), it’s nice to try some of its different ones again. My favorite part of IPAs is the bitterness and high alcohol content, which Nu Fruit has, along with, believe it or not, an extra squeeze of fruit. In my humble opinion, that doesn’t make IPAs better, it just makes them taste… fruitier.

This being Southern Tier, this is far from being a bad beer, but I’m already looking forward to trying something else.