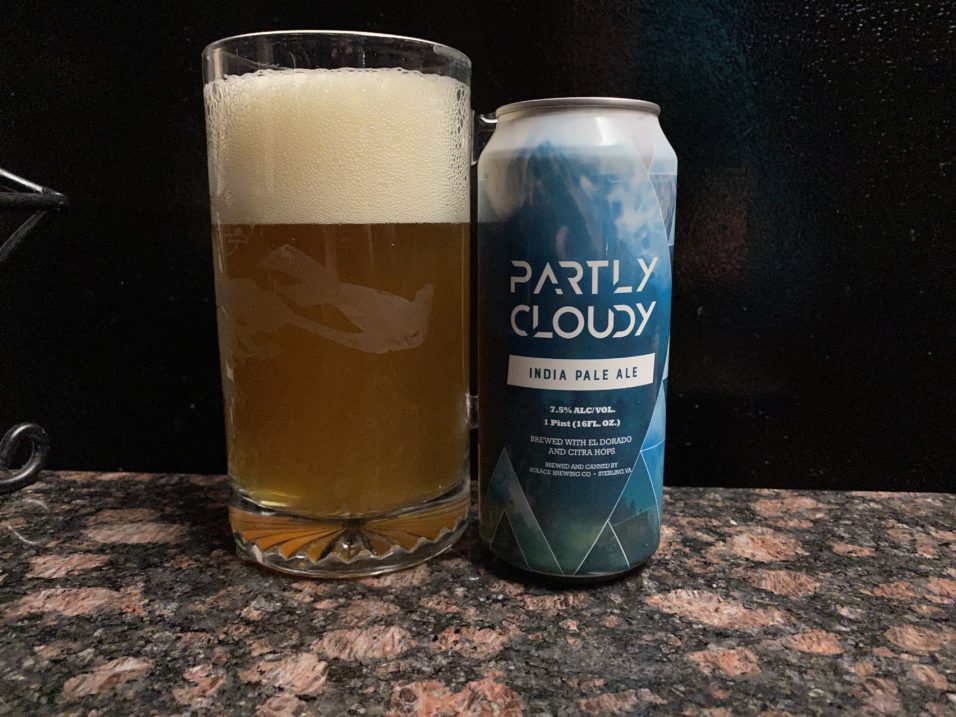 (This pour is, um, mostly cloudy)

Someone dropped a four-pack of beer on my desk at work and I wasn’t sure who it was. I figured it was the weather department, because the beer is called Partly Cloudy from Solace Brewing, but the weather folks don’t actually like me. Anyway, I was intrigued by the choice – this is the exact type of beer I’d buy on a whim. This is a pint-sized IPA from a local brewery (Sterling, VA) that I haven’t tried yet. The 7.5% alc is also a bonus. As for the taste – it’s got a twinge of citrus but isn’t overwhelmed with it, and it’s definitely…. cloudy. In a blind taste, I wouldn’t say Partly Cloudy is better or worse than the standard IPA, but I’m enjoying this one and wouldn’t pass on another. Looking forward to trying more from this brewery. Now only if I can get my coworker to buy me more.